Ex Carmelino Church
via Giulio Romano (on the corner with via N. Sauro)
46100 Mantua - ITALIA

To stay up to date on our future initiatives and activities follow us on the Facebook page https://www.facebook.com/museotazionuvolari/

from Monday to Friday open by reservation only
from Saturday to Sunday from 10:00 to 18:00

Books, videos, prints and various items are available in the Bookshop. 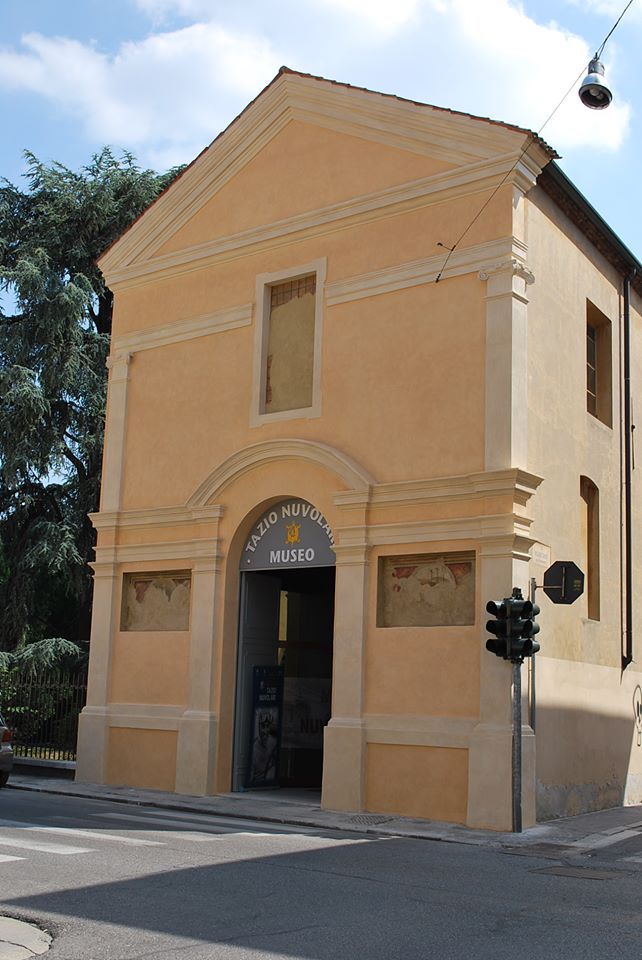 The "Tazio Nuvolari" Museum is dedicated to honour the memory of the unforgettable champion whom Ferdinand Porsche identified as "the greatest driver of the past, present and future".
From 1920 to 1950, Nuvolari (Castel d'Ario 1892 - Mantova 1953) competed in around 350 motorcycle and car races, winning 161 of them (91 outright, 70 class wins). In his racing life, he also won two European Championships, five Italian Championships and five International Speed records.
The Museum is located within the beautiful structure of the fifteenth century Church of Carmelino, situated along the «Percorso del Principe», the walkway where the two most important monuments of the city, the Palazzo Ducale and the Palazzo Te, are found.
The Museum displays the trophies, plaques and cups which the "Flying Mantuan" won during his long racing career, as well as a rich collection of gold medals attesting his sporting achievements and his legendary life.
Very noticeable is some of Nuvolari's well known sportswear: helmets, gloves, goggles, overalls and his legendary yellow tee shirt. Also to be found are several historic documents, as bills, certificates, personal letters and honours received. Amongst them the telegram sent to Nuvolari by Gabriele D'Annunzio after his victory in 1932 Targa Florio, and the reproduction of the golden turtle that the poet gave him with the dedication: "to the fastest man, the slowest animal".
Finally one will find a selection of historical films and an exhibition of vintage scale models which will bring us back to the times when Nuvolari raced.